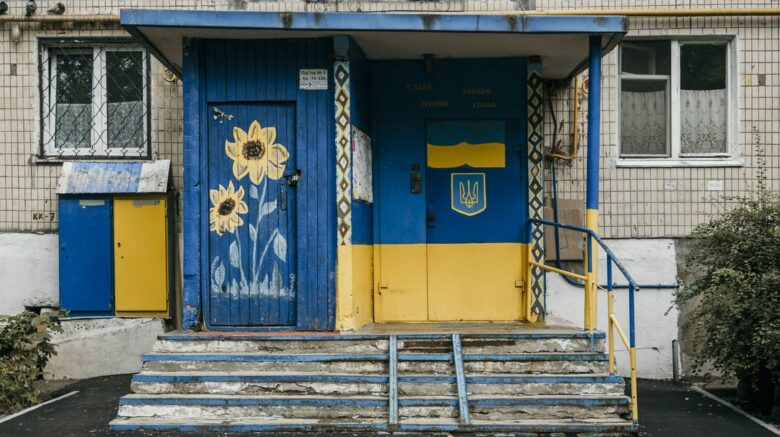 As the Ukrainian people try to defend against the Russian invasion that has left hundreds dead, thousands homeless, here are some ways American can support the people of Ukraine.

518 Ukrainians is led by local Ukrainian Churches and the Capital District branch of The Ukrainian Congress Committee of America (UCCA). Since the Capital Region is home to thousands of Ukrainian Americans, the community have come together in to raise funds for humanitarian needs of the refugees and the front line in Ukraine, as well as advocate at the local, state, and federal levels to help Ukraine survive the invasion.

Voices of Children, a charitable foundation based in Ukraine, has been serving the psychological needs of children affected by the war in the country’s east since 2015. The group’s psychologists specialize in art therapy and provide general psychosocial support with group classes or individual sessions. Now, Voices of Children is providing assistance to children and families all over Ukraine, even helping with evacuations.

Save the Children, founded more than a century ago, has been operating in Ukraine since 2014, delivering essential humanitarian aid to children and their families. Your donation to the Ukraine Crisis Relief Fund can help provide children and families with immediate aid, such as food, water, hygiene kits, psychosocial support and cash assistance.

Journalists with the Kyiv Independent been offering the world constant updates as they fear for themselves, their families. The Independent has started a GoFundMe asking for support, but they’ve also promoted a separate GoFundMe — “Keep Ukraine’s media going” — for journalists around the country who have received less international attention.

World Central Kitchen, founded by D.C. chef José Andrés famous for feeding people in need around the world, is already in Europe with his team helping provide meals in Poland, Romania and inside Ukraine.

The International Rescue Committee says that more than 160,000 people reportedly have been displaced within Ukraine while over 520,000 have been forced to flee into neighboring Moldova and Poland, and other European states. The IRC is mobilizing resources to provide vital support to people forced to flee their homes. Their teams are already on the ground in Poland, and working with our local partners in both Poland and Ukraine.

The United Nations High Commissioner for Refugees, the refugee agency for the United Nations, is accepting donations to provide health care, legal assistance and on-the-ground supply support to refugees from Ukraine. UNHCR has a long-standing presence in the region, including in Poland, Hungary, Moldova, Slovakia and Romania, and is coordinating the refugee response with other UN agencies and NGO partners, in support of national authorities.

GlobalGiving  has started a Ukraine Crisis Relief Fund which will provide shelter, food, and water to the 500,000 refugees and counting. The money will also be used for health and psychosocial care, as well as education and economic assistance in Ukraine and surrounding regions where Ukrainian refugees have fled.

Airbnb is funding short term housing for up to 100,000 people fleeing Ukraine. You can help by offering temporary stays for free or at a discount through Airbnb.org, or donating to fund stays.

Sunflower of Peace is a small nonprofit based in Boston whose current mission is to provide medical and humanitarian aid for people affected by violence in Ukraine. Medical supplies can be ordered through Amazon and delivered to Newton, MA and shipped to Ukraine weekly. Donations are also accepted through their Facebook page.

CARE is a global leader within a worldwide movement dedicated to ending poverty. CARE is providing food, water, prioritizing women, children, and the elderly. The organization has partnered with People in Need to build a fund that can reach 4 million people.

Doctors Without Borders is working to set up emergency response activities in the country and dispatching teams to Poland, Moldova, Hungary, Romania, and Slovakia. In the Ukrainian city of Mariupol, MSF teams have distributed medical kits to treat war-wounded people. They have also provided a telemedicine training for trauma care for 30 surgeons from eastern Ukraine.

Even with Western support, Ukraine’s army and volunteer fighters are severely outgunned by Russian forces. The National Bank of Ukraine has created an account where people from around the world can donate to the country’s military.